The Importance of Timely Cancer Detection and Diagnosis 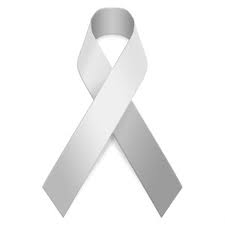 A cancer diagnosis often comes with feelings of shock, sadness and fear. When a patient learns that a cancer could have diagnosed sooner – to the point of being able to cure a now incurable cancer – those emotions can turn to anger and frustration. Unfortunately, cancer misdiagnosis is a common medical error. It is especially tragic when the failure to timely diagnose a cancer results in the cancer going from curable to incurable. When that important window of opportunity is lost, families are devastated.

Often times a cancerous or pre-cancerous tumor is totally missed on an x-ray or CT scan. Sometimes, physicians mistakenly assume that a particular symptom is unrelated to cancer, when the truth of the matter is that the symptom is from cancer. Then the doctor fails to completely investigate the symptom and a cancer is discovered beyond the stage of it being curable.

What should you know about your medical history to help determine if your cancer was misdiagnosed? First, you want to know the date you were diagnosed with cancer. From this point, you want to look back and determine if there were events that should have allowed your doctors to discover your cancer earlier. For example, when was the last time you had diagnostic imaging tests, such as x-rays, CT scans, or MRIs, performed. What complaints or problems did you report to your doctors in the years prior to your diagnosis?

More specifically, if you had diagnostic imaging tests prior to your diagnosis of cancer, it would be important to find out if the doctors misread those tests. If you had certain complaints that were consistent with cancer, it is important to determine whether your doctor should have ordered further testing to rule out cancer as a cause of your complaints. Doctors refer to this elimination process as a differential diagnosis.

Additionally, it is important to know what type of cancer you have, the stage of the cancer, and your prognosis. Is your cancer fast growing or slow growing? Where did the cancer originate and has it spread? Is it an early Stage I or a late Stage IV? Can the doctors treat your cancer at its current stage? What is the likelihood that you will get better? These are all important questions, and there are many more. Timing and treatment options are critical because you want to know if an earlier intervention would have changed your outcome. In other words, if your condition or cancer was discovered earlier, would you have been at an earlier and more treatable stage of cancer? Would you have had treatment options such as chemotherapy, radiation, or surgery, which you do not have now?