Recently, the New York Appeals Division of the Supreme Court dismissed the complaint of a mother and her child on the grounds that the notice of claim was not timely. 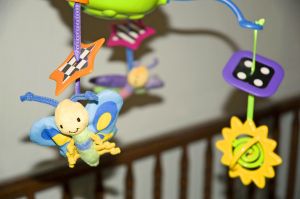 In Abad v. New York Health and Hospitals Corporation, young Abad was diagnosed at the age of two-and-a-half with pervasive developmental disorders, thought to have been caused by a birth injury. This was in June 2004, and in May 2005, Abad’s attorney served a notice of claim on defendant New York Health and Hospitals Corporation, claiming that its staff members’ malpractice led to the birth injury. Abad’s mother began pursuing a lawsuit on his behalf in 2006, then waited until October 2009 to request a court order to recognize that the 2005 notice was timely served nunc pro tunc — that is, for the court to go back and correct an earlier ruling. In the alternative, she requested that she be granted leave to file another late notice of claim.

The motion court denied Abad’s mother’s request based on General Municipal Law § 50-e(5), which provides just a 90-day period for an injured party to serve a defendant with a notice of claim. The motion court noted that Abad’s claim began to accrue upon his discharge from the hospital in September 2002, six days after his birth, and therefore the notice period expired in December 2002.

Abad’s mother appealed, and the New York Appeals Division affirmed the lower court’s findings. The Court noted that the motions court had broad discretion as to whether to grant leave to serve a late notice. In so determining, a motions court must typically take into account all other relevant facts and circumstances, including the injured party’s infancy, whether a reasonable excuse for the late notice was offered, whether the public corporation had actually knowledge of the facts constituting the claim within 90 days, and whether the delay substantially prejudiced the defendant’s defense on the merits.

The Court found that the defendant Hospitals Corporation was prejudiced, given that there was nothing in the hospital records at the time of Abad’s birth, or any other event within 90 days that would have put the defendant on notice of the facts that made up Abad’s claim. While Abad’s expert physician claimed that the mother’s prolonged labor deprived Abad of oxygen, and that the medical staff should have performed a Caesarian, the medical charts showed no evidence of a hypoxic event. Moreover, Abad himself was given an Apgar score of 8 out of 10, a sign that he was believed to be in strong health.

While Abad’s infancy counted in his favor, the Court noted that there was no reasonable excuse for waiting seven years to apply for late service of the notice of claim. Based on the review of factors, the Court affirmed the motion court’s decision.

Meanwhile, in Maryland, the situation is different for those wishing to file a birth injury lawsuit. A minor who files suit has until the age of 21 to do so.