Earlier this month, a federal medical malpractice lawsuit was thrown out by a federal district judge after he determined that the regulation the injury victim pointed to when arguing the defendant was negligent did not apply in the specific case. According to a local news report, the medical malpractice case arose out of a 2012 elective surgery at Mount Nittany Medical Center in Williamsport, Pennsylvania. 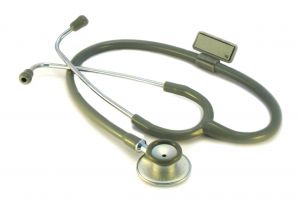 Evidently, the victim of the alleged medical malpractice brought his claims under the authority of the Emergency Medical Treatment and Active Labor Act (EMTALA), which is an Act of Congress passed in 1986 that requires all hospitals to provide emergency medical treatment, regardless of the patient’s ability to pay. It applies federal law and is applicable in all 50 states. Claims arising under EMTALA can be brought in federal court, rather than most other medical malpractice cases that are generally brought in state court.

The plaintiff alleged that when he was admitted to the hospital back on July 19, 2012 for an elective cervical spine surgery, he suffered a preventable injury to his esophagus. After the injury, the lawsuit alleges, there were no arrangements to move him to a facility where he could receive the care he needed. Furthermore, the plaintiff claimed that he was not properly stabilized before being transferred to Penn State Hershey Medical Center, where he was ultimately treated on July 26, 2012.

The Judge’s Ruling: Bring the Case in State Court
The judge overseeing the case determined that the underlying medical condition did not fit within the definition of an “emergency” because it stemmed from an elective procedure. Therefore, EMTALA did not apply and neither did federal law. The judge held that the federal judiciary did not have jurisdiction to hear the case and suggested the plaintiff bring the case in a state court under traditional theories of negligence and medical malpractice.

Medical Malpractice Cases in State and Federal Court
The state and federal court systems are separate from each other. Generally speaking, most personal injury and medical malpractice claims can all be brought in the state where the injury occurred. Additionally, the cause of action may also be able to be brought where either the plaintiff or the defendant lives. However, these general rules are subject to major exceptions.

Federal cases, however, must generally meet different requirements. One way to get a case into federal court is to file the lawsuit under a federal law, as the plaintiff in this case attempted to do. However, doing so runs the risk that the case will get dismissed. To learn more about how to choose a forum for a medical malpractice case, contact a dedicated Maryland personal injury attorney to discuss your case.

Have You Been Injured by an Instance of Medical Malpractice?

If you or a loved one has recently been involved in a serious medical malpractice incident, you may be entitled to monetary compensation for all that you have been put through. However, as you can see from the case above, there are myriad procedural rules that must be strictly adhered to, or a case runs the risk of being dismissed. To learn more, call (410) 567-0800 to set up a free consultation with a dedicated Maryland medical malpractice attorney at the law firm of Wais, Vogelstein, Forman, Koch & Norman.