A recent lawsuit filed against the manufacturer of an implanted semi-permanent contraception device demonstrates how medical providers and pharmaceutical companies may be held accountable for medical malpractice when contraceptives fail. 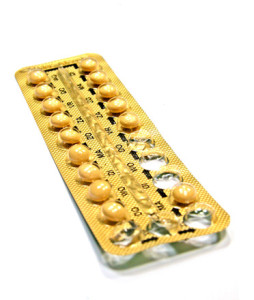 Under state and federal laws, it is possible to sue medical providers and drug companies for wrongful birth if contraceptives that were intended to prevent a pregnancy fail to work as directed. Across the nation, wrongful birth laws vary, with some states only allowing a lawsuit if a baby is born injured or disabled as a result of ineffective birth control techniques, while other jurisdictions allow lawsuits when permanent contraceptive procedures (such as a vasectomy or tubal ligation surgery) or temporary birth control methods fail.

A mother who has become pregnant while on birth control should promptly seek medical and legal advice to maximize her options after the pregnancy is discovered. Babies who develop while partially effective contraceptives are still affecting the woman’s body are at an increased risk of birth defects or birth injury, and legal claims may depend on the diligence of a plaintiff in discovering and addressing an unexpected pregnancy.

A woman in Maine has recently filed a malpractice lawsuit against the manufacturer of an implanted birth control device, as well as the clinic that was supposed to implant the device in her arm, when she became pregnant and gave birth to a child about one year after undergoing a procedure to install a birth control device that was supposed to be effective for at least three years. The contraceptive device was intended to remain implanted in the patient’s arm and prevent pregnancies by releasing small amounts of hormones until it was removed or became ineffective after approximately 36 months.

According to a local news source, the woman discovered she was pregnant about a year after the initial procedure and sought an explanation from the clinic. After performing exploratory procedures, doctors could find no sign of the device and concluded that it had been improperly implanted and was ineffective at preventing her pregnancy. The woman decided to carry the baby to term and gave birth to a healthy son in June 2014, but she filed a wrongful birth lawsuit against the clinic and manufacturer in April of this year, seeking compensation for the damages she has incurred after the contraceptive device failed to prevent her from becoming pregnant as intended

Should You Discuss Your Case With an Attorney?

If you or a loved one has become pregnant while taking birth control or after undergoing a birth control procedure, you may have a case for damages. The qualified Maryland medical malpractice and birth injury attorneys at Wais, Vogelstein, Forman, Koch & Norman have the experience to help you decide if your claim is likely to result in damages, and we won’t charge you anything to talk about your case. Our dedicated Washington, D.C. area malpractice attorneys make sure our clients have quality legal advice, and we fight for the damages our clients deserve. At Wais, Vogelstein, Forman, Koch & Norman, we focus our practice on birth injuries and medical malpractice. Contact the qualified Maryland and D.C. birth injury attorneys at Wais, Vogelstein, Forman, Koch & Norman today. Call us at (410) 567-0800 or contact us through our website to schedule a risk-free consultation.