In a case decided earlier this year, the Tenth Circuit Court of Appeals affirmed the judgment of a lower court involving a serious failure-to-diagnose error on the part of the defendant doctor. According to court documents, the plaintiff was admitted to the hospital with neck pain. While at the hospital, he underwent several tests that indicated he likely had throat cancer. 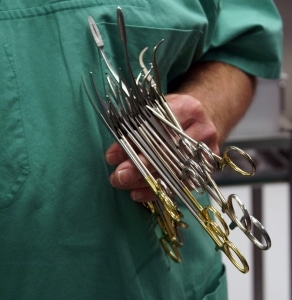 However, for whatever reason, the patient was not notified of the diagnosis and was instead prescribed antibiotics late that day. It was not until almost a year later that the plaintiff was informed of his diagnosis. However, by that point, it was too late and there was nothing the plaintiff could do. The plaintiff died of causes related to his throat cancer shortly thereafter.

After some period of time, the man’s wife filed a negligence claim against the hospital as well as several of the doctors who were working on her husband. For over a year, all the defendants stood by the same story that no one was negligent. However, as is often the case in these kinds of cases, just a few weeks before trial was set to begin, all but one defendant settled out of court.

The remaining defendant asked the trial judge for leave to amend his pre-trial filings to alter his trial strategy. He wanted to shift the blame for the failure to diagnose to the absent parties that had just recently settled out of court. However, the trial court refused to grant the defendant permission to do so. The case went forward, ultimately resulting in a jury verdict in the plaintiff’s favor for slightly over $1 million.

The defendant doctor appealed to the Tenth Circuit, which affirmed the lower court’s holding. The Court noted that it isn’t proper for a defendant to claim numerous, contradicting theories of the defense moments before trial is set to begin. Additionally, doing so would destroy all credibility in front of the jury.

Next, the Court looked to whether the defendant was prejudiced at all by the lower court’s failure to grant leave to amend. The Tenth Circuit explained that it was not unfair to the defendant for the court to disallow his request because he should have foreseen that it was a possibility that his codefendants would settle the case instead of proceeding to trial.