Earlier this month a woman and her husband were awarded $25.3 million due to a medical error that ultimately left the woman with no limbs. The plaintiff and her husband in this case claimed that the medical staff at Columbia St. Mary’s Hospital in Milwaukee never informed them of an alternate diagnosis for her present condition. This withheld information prevented the plaintiff from seeking medical treatment that would have saved her from limb amputation. The verdict in the three week long trial was found in favor of the plaintiff. 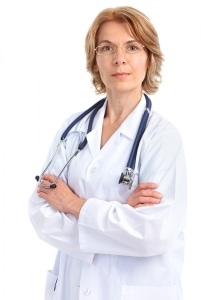 According to a recent report from the Journal Sentinel, in March 2011 the plaintiff was sent to the hospital and treated for an acute stomach ache. She also presented with an elevated heart rate and raised body temperature. The doctor and physician assistant treating the plaintiff discharged her. They simply advised her to schedule an appointment with her gynecologist to consult about potential fibroid disturbances. The patient arrived home the next day and passed out due to septic shock. The woman was taken to the hospital again and immediately had all four of her limbs amputated to prevent life-threatening complications from what began as an untreated Strep A infection.

Understanding and Preventing Medical Misdiagnosis
The patient mentioned above suffered greatly for what could have initially been cured with seemingly just an antibiotic. Had she been informed that she may have a Strep A infection, perhaps she would have been more inclined to seek additional tests or a second opinion. The type of infection she had normally causes Strep throat, but because she was not properly cared for, her infection led to septic shock. The repercussions from this complication caused significant tissue death which ultimately led to amputations.

Medical staff should have been aware that the alternate diagnosis was time-sensitive which made it more urgent than possible fibroid problems. It is in the lack of informed consent coupled with the lack of disclosure, rather than negligence, that the decision was ultimately found on. One can assume that the medical staff were confident in their primary diagnosis and felt it was not worth it to them to investigate further- a serious and near fatal medical decision making error. Physicians often have to weigh the pros and cons in each medical decision, but there is no acceptable reason that this mother of four children will now need round the clock care for the rest of her life.

How can health care providers better avoid these sorts of medical errors? Must patients be more educated and self-reliant themselves? Various reports have discussed multiple different solutions to this pervasive and severe problem. There have been countless elucidations and most of them revolve around getting informed consent, offering a second medical opinion, better reporting of errors for analysis, and more intense patient review systems.

Perhaps a solution is more involved than one would imagine. Despite this complex problem, medical misjudgments must be better avoided; and if they do occur someone must be held responsible.

The Cost of Medical Errors
Many estimate that in the United States medical errors that cause impairment to patients costs well over $10 billion annually. Despite the lawyer asking for close to $45 million in this case, the jury still awarded the plaintiff an extremely large sum of money. However, this amount is just a small fraction of annual malpractice costs, indicating that many other similar individuals are suffering greatly at the hands of medical malpractice. Although this case is likely to be appealed and eventually taken to the Supreme Court, the final amount awarded is still expected to remain very high.

A change in malpractice law in the state where this case took place has recently passed. This new bill lessens the requirement of informed consent for what a physician is required to advise a patient. Most patients agree that they would like to be more informed, not less informed. The goal of the new law seems to be to reduce the financial damages incurred from medical errors, however they do not address the root cause to medical errors. In fact, less informed consent will likely lead to a further decline in quality health care.

Have You Suffered from Medical Malpractice?

If you or a loved one have suffered debilitating injury or harm due to medical misdiagnosis, surgical error, medication error, or other medical negligence contact a Maryland medical malpractice attorney. The attorneys at Wais, Vogelstein, Forman, Koch & Norman have over 100 years of combined malpractice experience in helping individuals gain justice. We have won the largest verdict, $55,000,000, in Maryland state history and we will work with you to ensure you receive the best representation possible.