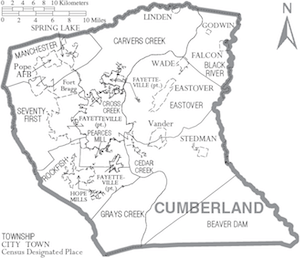 A woman has filed a lawsuit against a hospital security company, alleging that the company’s employees improperly removed her son from the hospital and placed him in a taxi when he was either dying or already dead. The lawsuit, filed in December 2013, asserts causes of action for for wrongful death, negligence, and other claims. The plaintiff was reportedly considering a suit against the hospital as well, based in part on allegations that hospital staff failed to make an accurate diagnosis of her son’s condition, and that this led to inadequate treatment that caused or contributed to his death.

The plaintiff’s son, thirty year-old A’Darrin Washington, was reportedly admitted to Cumberland County Hospital in Fayetteville, North Carolina on November 14, 2011, for pneumonia associated with non-Hodgkin’s lymphoma. Washington had been a patient there for more than ten years, according to the plaintiff’s complaint. The hospital allegedly misdiagnosed Washington with bacterial pneumonia on the day of his admission. Additional tests indicated fungal pneumonia several days later. By then, he had been receiving the wrong medication, and his condition had deteriorated.

On November 21, he received a dose of the correct medication for the first time. Although he was allegedly still weak and unable to walk, the plaintiff claims that the hospital declared that he was in stable condition and ready to be discharged. The following morning, the hospital called a taxi to take him to his mother’s house. The complaint states that Washington asked not to be discharged before he became “unresponsive.”

A nurse allegedly called hospital security to escort Washington to the lobby, claiming that he was “uncooperative” and “refusing to talk or move.” Security guards employed by AlliedBarton Security allegedly took him to the taxi by wheelchair. The complaint states that they moved him from the wheelchair to the back seat, buckled his seatbelt, and crossed his legs for him.

Washington’s mother filed suit in Cumberland County Superior Court against AlliedBarton for wrongful death, negligence, and negligent infliction of emotional distress. She is seeking compensatory and punitive damages against the company. Based on media reports about the case, it does not appear that she has pursued a medical malpractice claim against the hospital or hospital staff at this time.

A negligence claim against the security company must prove that the security guards breached a duty of care that they owed to Washington, and that this caused his injuries or death. A medical malpractice claim must prove that a defendant breached a generally-accepted standard of care in the defendant’s field. It is possible, based on the reported facts of the case, that the plaintiff could claim medical negligence based on the allegedly incorrect pneumonia diagnosis and subsequent treatment, or the allegedly premature discharge from the hospital.

The medical malpractice attorneys at Wais, Vogelstein, Forman, Koch & Norman have advocated for Maryland patients and their families for over twenty years, helping them assert claims and recover damages for medical and surgical errors, misdiagnoses, and other acts of medical negligence. We are available 24/7 and can visit you in your home or at the hospital. Please contact us today online, at (410) 998-3600 to schedule a free and confidential consultation to see how we can help you.