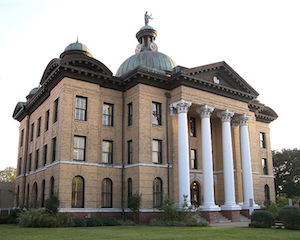 A lawsuit is accusing a hospital of failing to provide adequate supervision to a psychiatric patient, who left the hospital on his own while still under sedation. Martinez v. Oak Bend Medical Office, Ltd., et al, No. 14-DCV-212068, am. petition (Tex. Dist. Ct. – Fort Bend Co., Jan. 23, 2014). The patient wandered onto nearby train tracks and was struck and killed by a train. His father filed a negligence lawsuit individually and on behalf of his estate against the hospital and the rail company under state wrongful death and survival statutes.

According to the amended complaint, police found the 38 year-old Martinez unconscious outside his father’s home in Richmond, Texas, southwest of Houston, on December 2, 2013. He was transported to Oak Bend Medical Center for observation. The staff at Oak Bend was reportedly aware of his psychiatric history. On December 3, Martinez pulled out his own IV and catheter and left the hospital unnoticed, but was found and returned to Oak Bend later that day. The hospital was allegedly supposed to place Martinez under security supervision. He left the hospital again, unnoticed by hospital employees or security personnel, on December 6. He walked onto railroad tracks located near the hospital and was struck by a train. Martinez died of his injuries later that day.

Martinez’s father filed a lawsuit against the hospital and the rail company on January 22, 2014, amending his petition on January 23. He sued on his own behalf and on behalf of Martinez’s estate under the Texas Wrongful Death Act and the Texas Survival Statute. These laws allow claims for negligence to be brought on behalf of a decedent by their estate, legal representative, or heirs. Maryland has similar laws, which allow immediate relatives of a decedent, such as a spouse, child, or parent, to bring an action for wrongful death.

The lawsuit alleges that Oak Bend breached several duties of care owed to Martinez, which resulted in his injuries and death. The amended petition claims that the hospital failed to “exercise ordinary care” in its treatment of Martinez; to diagnose or treat him adequately; failed to provide sufficient supervision on two occasions; and failed to meet the standard of a “reasonable and prudent medical care facility.” It also alleges that BNSF Railway Company, through one or more employees, negligently failed to operate the train in a reasonably safe manner.

Wrongful death damages may include the financial losses directly resulting from Martinez’s death; pecuniary losses resulting from the loss of Martinez’s earnings and support; and noneconomic damages like mental anguish, grief, and loss of companionship. The state’s survival statute permits claims for Martinez’s pain and suffering, mental anguish, disfigurement, and medical and funeral expenses. The petition does not specify an amount of damages. The lawsuit also claims punitive damages based on the defendants’ alleged “attitude of conscious indifference” to the safety of others.

Wais, Vogelstein, Forman, Koch & Norman’s medical malpractice attorneys have represented Maryland patients and their families for over twenty years, helping them recover damages for injuries caused by the negligence of doctors and other medical professionals. We are available 24/7 and can visit you in your home or at the hospital. To schedule a free and confidential consultation to discuss how we may assist you, please contact us today online, at (410) 567-0800