An Army wife recently filed a medical malpractice lawsuit against the federal government, claiming that the government hospital staff who delivered her child botched an episiotomy, and as a result harmed her career as an opera singer. 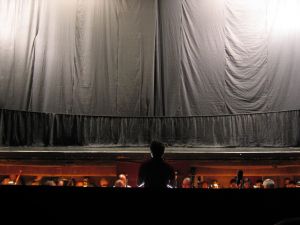 Amy Herbst claims that back in February 2012, the nurse-midwife at Blanchfield Army Community Hospital at Fort Campbell, Kentucky significantly damaged her digestive and reproductive system after performing an episiotomy. An episiotomy consists of an incision made in the perineum, the area between the anus and vagina, in order to deliver a baby that is in distress or to prevent muscle tears. The procedure was allegedly performed during the second stage of Herbst’s labor, and without her consent or knowledge. After the episiotomy went awry, the nurse-midwife allegedly attempted to repair it with sutures. Soon after Herbst left the hospital, she began to experience “fecal urgency and incontinence,” which included excessive flatulence and leaking stool. Herbst returned to the hospital, where she allegedly learned that the repair was unsuccessful and a colorectal surgeon told her that the damage could not be corrected without reconstructive surgery.

As a result of the complications, Herbst claims that she is unable to work as a professional opera singer for the Nashville Opera Company. She and her husband are suing for $2.5 million in damages and costs in federal court in Cincinnati, Ohio, where the couple currently resides. Meanwhile, a spokesperson for the hospital states that the Army has not had a chance yet to review the complaint and that it would therefore be inappropriate to comment on the lawsuit.

Because Herbst’s injury happened in a federal hospital, her options for relief are somewhat different than they would if she had been injured in a state hospital. Normally, under the concept of sovereign immunity, the federal government may not be sued without its permission for actions taken on its behalf. However, with the Federal Tort Claims Act, sovereign immunity is waived if a federal employee commits a tortuous act that causes damage. The Tort Claims Act has a statute of limitations of two years, which is a shorter period of time than the statute of limitations in several states for the same type of injury, including Maryland and Washington, D.C. In Maryland, an adult who suffers an injury from medical malpractice at a private hospital has three years from the date of discovering the injury or five years from the date of injury. In Washington, D.C., the statute of limitations for an adult to file a lawsuit for medical malpractice is three years. If you live in Washington, D.C. or Maryland and were injured during labor due to preventable medical error, contact a Baltimore birth injury attorney today to discuss your options.

By Wais, Vogelstein, Forman, Koch & Norman, LLC | Posted on January 5, 2014
« Misdiagnosis is the Leading Cause of Medical Malpractice Claims and May Contribute to Up to 40,000 Annual Hospital Deaths, According to Studies
Texas Family’s Newborn Daughter Dies After Misuse of Forceps During Delivery »
Skip footer and go back to main navigation