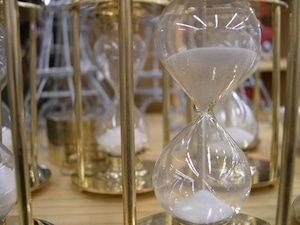 A plaintiff must file a medical malpractice lawsuit within five years of the date of the injury, or within three years of the date the injury was discovered, whichever is sooner, according to § 5-109 of the Maryland Courts and Judicial Proceedings Code. The section does not expressly state whether it is a statute of limitations or a statute of repose, although it does use the word “limitations.”

In Anderson, a federal court of appeals asked the Maryland Court of Appeals to interpret § 5-109. The plaintiff had filed a federal lawsuit alleging malpractice, including cancer misdiagnosis and inadequate treatment, at a Baltimore VA hospital. The plaintiff’s injuries occurred between May and December 2002, but she did not file suit until January 2008. Government attorneys argued that the five-year time limit was a statute of repose barring her suit. The plaintiff argued that mandatory administrative proceedings delayed the lawsuit, and that the court should treat the time limit as a statute of limitations and grant her an equitable exception.

Section 3-2A-04 of the Maryland Courts and Judicial Proceedings Code requires medical malpractice claimants to submit a claim to the Health Care Alternative Dispute Resolution Office before filing a lawsuit. Federal law also has administrative requirements prior to filing suit against the government. Failure to follow these procedures can result in delay or dismissal of a lawsuit, but the processes themselves can take a considerable amount of time. The plaintiff in Anderson began the federal administrative process in December 2003, and it continued until September 2007. She argued that the court should disregard the period of time when she was involved in the administrative proceeding when calculating the medical malpractice time limit, a process known as “tolling.” The Court of Appeals agreed with the plaintiff, and ruled that the time limit is a statute of limitations subject to tolling.

Medical professionals owe a strict duty of care to their patients. When someone breaches this duty, such as through a surgical error, medication error, or misdiagnosis, the patient, or the patient’s family, has a right to compensation for injuries and other damages. Wais, Vogelstein, Forman, Koch & Norman’s medical malpractice attorneys represent the rights of Maryland patients and families, helping them to understand their rights and the often-complicated litigation system. We have obtained millions of dollars in verdicts and settlements for our clients, and we are committed to providing you with the best possible legal representation. We are available 24/7 and can visit you in your home or at the hospital. Please contact us online, at (410) 567-0800 to schedule a free and confidential consultation.