A controversial new study has found that babies considered to be “late-term preemies,” or babies born between four to six weeks early, may suffer socioeconomic disadvantages for the rest of their lives. 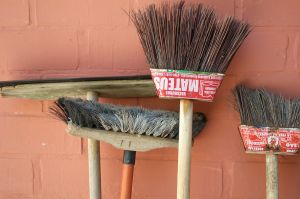 The study, conducted by the University of Helsinki, looked at 9,000 Finish men and women born between 1934 and 1944. The researchers followed these people’s lives up until they reached their 50s and 60s. What they found was that those born late-term preemies were more likely than those born after a full term to be manual laborers in adulthood, to have not received higher education, and to be “downwardly mobile,” in the lower third of society based on income. The researchers concluded that, due to their premature birth, as many as 10 million people were at risk of socioeconomic disadvantages spread across a lifetime.

One reason was because late-term preemies were more likely to develop complications after birth, such as jaundice that lead to kernicterus, which could have a lifelong affect on their health.

At the same time, other experts in the field were quick to express skepticism. One specialist from the Children’s Medical Center in New York noted that the standard of care for babies born in the 1930s and 1940s was far different than it is today — back then, babies born prematurely had a 40% mortality rate. A pediatrician based in Austin, Texas pointed out that in current times, babies born four to six weeks early receive much more aggressive treatment because much more is known about the conditions that can appear. Babies born prematurely were also more likely to receive early childhood therapy to confront any learning disabilities that could develop. Both physicians questioned the long-term value of the Finnish study.

While it is true that babies born prematurely are more likely to have a normal life than in the past, it is still far too common for premature babies to suffer lifelong illnesses or injuries due to improper care. For instance, some premature babies may develop retinopathy of prematurity due to receiving excessive oxygen at birth. Other babies may develop illnesses due to medical neglect. For instance, babies that develop kernicterus often do so because a medical professional failed to treat the jaundice that develops soon after their birth. Jaundice can be detected by the yellowing of the baby’s skin, caused by a build up of bilirubin in the blood. If left untreated, it can lead to kernicterus and permanent brain damage. Babies with kernicterus are often extremely lethargic, do not respond to touch, may have a fever, and may experience seizures.

Those whose babies experienced kernicterus, and ensuring neurological problems, have the option of filing a medical malpractice lawsuit against the medical professionals responsible. In Maryland, minors who suffered from birth injuries caused by medical malpractice have until the age of 21 to file a lawsuit. Contact a Baltimore kernicterus attorney to discuss your options.