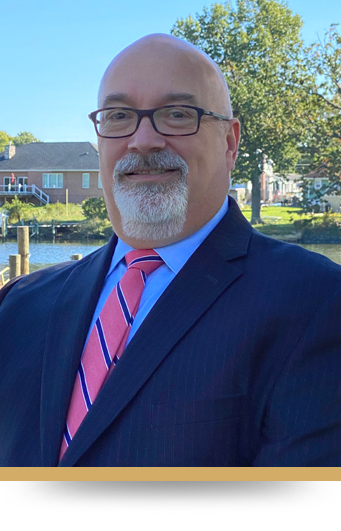 David Grzechowiak has been a trial lawyer his entire legal career. Prior to joining the team at WVFK&N David spent several years with a boutique litigation practice in Annapolis defending health care providers and medical practices where he gained valuable insight into the malpractice insurance industry and their tactics. Realizing his true calling was as an advocate for the victims of medical mistakes, David joined WVFK&N in 2019 and has had the pleasure of meeting and representing numerous families in their struggle to obtain justice against medical malpractice insurance companies and help ensure financial security for their children injured due to the negligence of a health care provider. He has represented clients in State and Federal Courts in Maryland and throughout the country, including Georgia, Illinois, Michigan, Minnesota and Mississippi.

David is a lifelong resident of Maryland and was born and raised in Baltimore City. Upon attaining a college degree he worked for a decade as a District Court Commissioner and gained the unique perspective of the legal system from the inside. Witnessing the plight suffered by so many victims, David pursued a law degree and became a member of the Maryland Bar in 2002.

Soon after graduating from the University Of Baltimore School Of Law, David was sworn in as an Assistant State’s Attorney for Baltimore City. During his career as a prosecutor David successfully tried countless jury trials that included numerous high profile and complex homicides. David also had the opportunity to mentor many young attorneys as a supervisor and train them in presenting cases to juries and developing trial strategies.

In his spare time David spends time with his three sons and volunteers with his sons’ Cub Scout Pack.

Skip footer and go back to main navigation